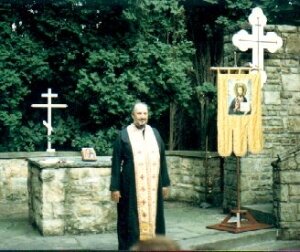 O God of spirits and of all flesh, Who has trampled down Death, and made powerless the Devil, and given life to thy world: Do Thou, the same Lord, give rest to the soul of Thy departed servant, Archimandrite John, in a place of brightness, a place of verdure, a place of repose, whence all sickness, sorrow, and sighing have fled away. Pardon every sin which he has committed, whether by word, or deed, or thought; for Thou art good, and loves mankind: for there is no man who lives and sins not, and Thou only art without sin, and Thy righteousness is to all eternity, and Thy law is truth: for Thou art the Resurrection, and the Life, and the Repose of Thy departed servant, O Christ our God, and unto thee we ascribe glory: to the Father, and to the Son, and to the Holy Spirit; now and ever, and unto ages of ages. Amen.

Fr. John was the first Camp Director of the Antiochian Village (serving from 1978-1988), and built the foundation for the program that is still here at the Village today. Fr. John has been a positive influence for thousands of youth from our Archdiocese who have attended the Village. Fr. John designed a camping program that was not about camping, but rather about how to be a Christian and how to live as Orthodox Christian brothers and sisters. We love you and will miss you greatly Fr. John! May his memory be eternal!!

The following is the obituary for Fr. John from his local paper:

Father John Norman Namie, 69, of Monongahela, died Monday, Nov. 5, 2001, at his home. He was born June 4, 1932, in Monongahela, a son of the late John and Emily (Essa) Namie. His mother, Emily, was born in Kaimee el Hussen, Syria, and his father was a lifetime resident of Monongahela, having been born there. John Namie completed his primary education in public elementary schools in Monongahela, and graduated from Monongahela High School in June 1950. 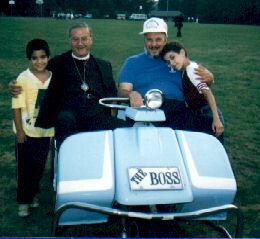 After attending the University of Pittsburgh for one year, he enlisted in the U.S. Navy in 1951, and served aboard a destroyer with the Navy’s Sixth Fleet, and was a veteran of the Korean Conflict. On March 1, 1955, after serving his country faithfully for four years, he received an honorable discharge with the rank of First Class Petty Officer. During the time John Namie was serving his country, several incidents occurred that aroused an interest in him to seek further knowledge about this religion into which he had been born. He began to wonder if there were not more young people who, like himself, embraced the Orthodox faith because of heritage, but knew little or nothing about their faith, without knowing the true meaning of this religion. The Holy Spirit moves mysteriously. A seed had been planted in his thoughts. In this instance, as in so many other instances, the flower would not bloom overnight. This was just a beginning, a beginning that started with a question in his mind, a question that John Namie would not leave unanswered. 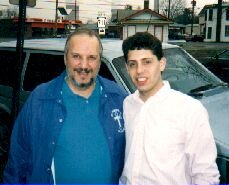 Upon discharge from the U.S. Navy, John Namie returned to his home in Monongahela and in pursuance of a higher education, entered Washington & Jefferson College. After one semester, his ambition to prepare himself for the priesthood came to a sudden halt. John returned to Monongahela, where he established himself in business. The desire to gain more knowledge about his religion did not, however, subside. It was during the years from 1956 to 1961 that John Namie became more and more interested in the affairs of the church. He joined SOYO (Syrian Orthodox Youth Organization) and participated actively in the various organizations within the church. It was in 1961, while serving as president of his local SOYO chapter, and while he was also serving on the Board of Trustees of St. Michael’s Orthodox Church in Monessen, the parish was faced with the problem of replacing a priest for the parish of Monessen. This problem called for a delegation from the church to meet with His Eminence, the late Archbishop Antony Bashir, who was visiting in Pittsburgh at the time. John Namie was included in the delegation chosen to discuss this particular problem (Once again the Hand of God moved in determining the future of this young man). His Eminence, the late Antony, advised the group that there was shortage of priests and he did not know how long it would be before he would have someone for them. 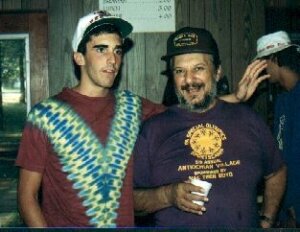 His Eminence Archbishop Antony was made aware of John Namie’s interest in the church. A few short weeks following the meeting, a letter arrived from Archbishop Antony Bashir, advising John Namie that he had been accepted at St. Vladimir’s Orthodox Theological Seminary in New York. John Namie left almost immediately to begin actively to prepare for the priesthood. John Namie graduated from St. Vladimir’s Seminary in June 1965. Feeling the desire to further his studies in and of the church and especially wanting to increase his knowledge and background in the field of sacred music and Arabic language, John Namie was determined to study at the Balamand Theological Seminary in Lebanon. In September 1965, he entered the Balamand Ecclesiastical School and Monastery, where he participated as a teacher, as well as a student, and taught English and religion under the supervision and guidance of Bishop Ignatius Hazim. John Namie was ordained into the deaconate on Aug. 15, 1966, on the Great Feast of the Falling Asleep of the Holy Virgin, the Mother of Our Lord. Being truly blessed, he was ordained into the deaconate by His Beautitude Theodosius VI, Patriarch of Antioch and All the East, and was assisted in the ceremony by six archbishops of the See of Antioch, namely: Archbishop Philip Saliba, New York, and All North America; Archbishop Ilyas Kurban, Tripoli and el Khoura; Archbishop Ignatius Hazim, Latakia Syria; Archbishop Forwzlee, Brazil, South America; Archbishop Swaitee, Argentina, South America; and Archbishop Mouwad, Allepo, Syria.

In November 1966, Deacon John Namie returned to the United States, and in further preparation for his ordination into the priesthood, he was assigned by His Eminence Archbishop Philip to serve the parish of St. George’s Orthodox Church of Altoona, as an assistant to the visiting priest, the Rev. Father Nasser of Johnstown, until such time as he would be ordained a priest. On Feb. 19, 1967, His Eminence Metropolitan Philip Saliba, archbishop of the Syrian Antiochian Orthodox Archdiocese of New York and All North America, conferred upon Deacon John Namie, the Holy Orders of the Priesthood. Father John faithfully served the Antiochian Archdiocese for 22 years. In addition to his diligence in pasturing the flocks of St. George’s Orthodox Church in Altoona and St. George’s Orthodox Church in Houston, Texas, he initiated the development of a center for Orthodoxy at the “Holy Mountain” of the Antiochian Village. Under his supervision, the village’s camping program touched the young lives of many of the faithful of the archdiocese. He provided the initial impetus toward the development of the Heritage and Learning Center, which could similarly affect the remainder of the faithful. He directed the Antiochian Village, inspired by the words of our Father among the Saints, John Chrysostom, who wrote, “With us everything should be secondary compared to our concern with children and their upbringing in the instruction and teaching of the Lord.”

Give the Gift of Camp

Our photos, including daily Summer Memories, are available to view and purchase on SmugMug.