In 1973, Metropolitan PHILIP, of thrice-blessed memory, announced his founding vision and ultimate desire to serve and build the spiritual lives of our youth by creating a camping program for our Archdiocese.

The Search
The Archimandrite George M. Corry, St. Michaels, Greensburg, PA, was appointed to the task along with his parishioner, Archdiocese Trustee, & long time friend, Mr. George S. Koury, of Irwin, PA. Together they began the search in Western Pennsylvania.

Five years had past until a nice, useful facility was available for purchase in the Laurel Mountains of Western Pennsylvania. Camp Fairfield, a 280 acre campground, had cabin accommodations for 160 campers and counselors, and needed only cosmetic enhancements for its initial use. The existing structures included 20 cabins, administrative offices, a dining hall with kitchen, nursing lodge and infirmary. The maintenance building, caretaker’s residence, and staff house were judged to be “appropriate camp style.” Key to the recreational area was a nice size swimming pool, with attached bath house, a softball field, and volleyball, basketball, and a tennis court. The land and its structures were perfect for the time and needs of the Archdiocese; while providing plenty of additional land for expansion.

On March 31, 1978, the Antiochian Orthodox Archdiocese of North America signed the final sales agreements to take ownership of what is now The Antiochian Village. The Metropolitan immediately established two primary councils. The first was the Administrative Council for daily operations, co-chaired by Father George M. Corry and Mr. George S. Koury. The second council was the Programming Council, chaired and organized by Father John Namie, pastor of St. George Orthodox Church, Houston, TX. Father John was assisted by the then Youth Director of the Archdiocese, Mr. Bill Essey (Right Reverend Bishop BASIL).

This added much excitement to the Convention, but was just the beginning. Metropolitan PHILIP made it clear that the work had just begun! He challenged the Councils to prepare for growth towards a conference and retreat center. A rich library for theological research, a monastery, and retirement facility for our clergy and laity, and a museum to attract Christians from around the world, was all part of the long term plan. 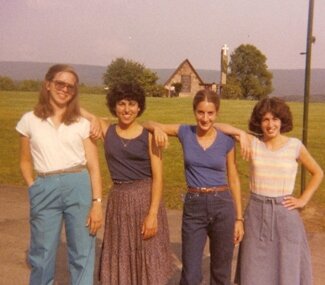 The weekend of September 29, 1979, the Antiochian Village was dedicated in front of 1,200 faithful, and the following was declared by His Eminence: “The Antiochian Village is not here to serve only the people of this great Archdiocese, but is offered as a gift to all Orthodox Christians in this country, and because “I do not dream impossible dreams, I merely interpret the dreams and aspirations of my flock. The Antiochian Village was the dream of my people, and I have only striven to translate these dreams into realities. Each achievement presents us with another beginning. There is no summit, only height in the doing the work of Jesus Christ.”

Our Growth
May 28, 1979, the Order of St. Ignatius granted $10,000.00 to the Administrative Council to produce a professional land use study, plus $60,000.00 for equipment purchase, chapel and building repairs. The original A-frame Presbyterian chapel was granted a $30,000.00 gift from The Order to be converted into St. Ignatius Church as a true Orthodox House of Worship.

That same year, at the 34th Archdiocese Convention in Hollywood, FL, His Eminence began looking ahead at the possibilities beyond camping and introduced the idea of an all year conference facility to be used by and for clergy retreats and conferences, programs for youth ministry, liturgical practice and sacred music, Christian education, theological research, marriage workshops, SOYO, Teen SOYO, Antiochian Women, The Order of St. Ignatius, and the Archdiocese Board of Trustees.

From the 1980 StaffThe first camping year was termed “disappointing results”, but not for long! Word spread as campers and staff traveled back to their home parishes and spoke of their experience at The Village. Under the direction of Father John Namie, the camping program made great strides, not just in the number of campers, but in the quality of the camping program. Many other Orthodox dioceses began to use The Village for their retreats, and The Village summer camping program quickly fulfilled the dreams and prayers of those directly involved, especially the hundreds of youth partaking in the awesome Village experience.

The outreach continued to grow. September, 1979 was the dedication of The St. Thekla Chapel and 1st Annual Pilgrimage. Hundreds came from all over the United States to begin this journey and offer their petitions. The St. Thekla Pilgrimage continues today, as busloads of the faithful travel from all over to participate and refresh their spiritual lives.

In 1982, The Antiochian Village received accreditation by the American Camping Association

The Antiochian Village Camp continues to grow and offer memories that no other event or time can offer. The camping sessions are usually filled very quickly, and campers call their friends from previous years to make sure that they will see them again during the same session, in the same cabin, and relive The Village Magic that only a “Villager” will understand.

The Antiochian Village is a priceless and timeless entity that has impacted thousands of our youth since 1978. We have learned to love the Lord Jesus Christ through great teachers at The Village. These lessons are most critical as we grow and pass these lessons on to our children, our local parishes, and our communities.

The Village was built with the visions of several, and the labors of many. Metropolitan PHILIP dreamed of a sanctuary for the youth, to learn Christ’s teachings and to enhance the youth projects for generations to come. “…that without vision, the people will perish.”

Give the Gift of Camp

Our photos, including daily Summer Memories, are available to view and purchase on SmugMug.